When The Rest Are Up At Four 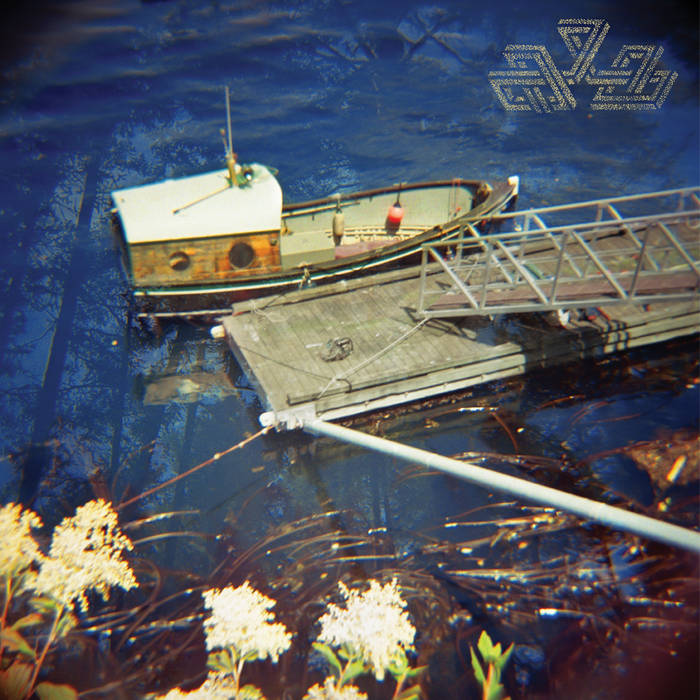 Marcus I held this album in my hands at a local record shop in Denver, and made the mistake of putting it down. I can at least thank myself for taking a photo of this unique cover, and taking the time to look Mind Over Mirrors up. Completely worth while, and captivated by the sounds on this album. The drone makes me feel all too much. Best regards, fellows. Favorite track: The Fence.

Mind Over Mirrors is the solitary reeling of American harmoniumist/electronicist Jaime Fennelly. Utilizing an Indian pedal harmonium, oscillators, tape delays, and an assortment of synthesizing processors, Fennelly bends slowly-building, repetitive melodies into massive sonic mountains. When the Rest Are Up at Four is the fourth Mind Over Mirrors album following releases on Digitalis, Hands In the Dark, & Aguirre/Gift Tapes.

Those of us inclined to summer nightswimming in the open ocean may have noticed, under the proper conditions, a pale green or blue glow amidst the roiling black waves and in the trailing wakes of kicking feet and paddling hands. Bioluminescent phytoplankton appear as thousands of pinhole stars pricked out in the surf, simulating (to the contemporary observer) an artificial LED glow illuminating the vortices of agitation. So too does the music of Mind Over Mirrors, the solo project of Jaime Fennelly, deploy modest organic constituent materials—in his case, an Indian pedal harmonium—to produce deeply satisfying, seemingly magical sensory effects that simulate the swells and troughs of synthesized electronic music (a specious designation and half of a false dichotomy, but a recognizable shorthand nonetheless) as well the ceaseless rhythms of tidal surges.

Fennelly buttresses his simple harmonium foundation with a superstructural assortment of oscillators, tape delays, and synthesizing processors that belong to the world of classic analog electronic composition. But the essential minimalism and refinement of timbre he pursues should not be confused with purity or dogmatic adherence to some imagined authenticity, whether Luddite or academic. Rather, the harmonium’s significance is as historical, cultural, and folkloric as much as it is a self-imposed compositional or technological limitation. (I imagine Jaime would agree with Stravinsky’s assessment: “My freedom is so much the greater and more meaningful the more narrowly I limit my field of action and the more I surround myself with obstacles.”) The humble harmonium, a 19th-century pump and pedal-operated reed keyboard instrument, features prominently in North Indian and European classical and religious canons as well as the vernacular music of Scandinavia and the American South. To most ears, its sound conjures a churchiness and spiritual asceticism that fits Fennelly’s meditative, even prayerful music intuitively, if obliquely. Tellingly, the instrument was prized among seabound sailors and residents of tropical and island climes for its portability, ruggedness, and ability to stay in tune despite high humidity and heat—as opposed to say, pianos, harpsichords, and organs.

Emerging from a renewed collaboration with dancer and performance artist Miguel Gutierrez—the seed of the gorgeous “Storing the Winter”—as well as musicians Scott Tuma (Souled American) and Matt Christensen (Zelienople), When the Rest Are Up at Four, Mind Over Mirrors’ fourth and finest collection yet, maintains but supplements the project’s solo axis. Fennelly recorded much of it to two-track tape in his Chicago bungalow, though appropriately, the pipe organ on “Heights & the Deeper,” the longest track, was recorded while in residency at AIR Antwerpen, ensconced in a lockmaster’s house at the entrance of Antwerp’s shipping port—once again, the sea encroaches meaningfully on Fennelly’s processes and aesthetic. Jaime also cites his interest in moon node astrology and permaculture, other natural cycles, as formative influences on this record. But enough about process and inspiration—what does it sound like? While we can point out referential compass points—G.I. Gurdjieff’s harmonium improvisations; certain particularly harmonically viscous recordings of Sacred Harp singers; Edward Artemiev’s soundtracks to Tarkovsky films—in its patience, its simultaneously formal and folk aspects, and its sheer, unabashed (if intermittently anxious) beauty, it doesn’t sound much like anything else being made today.

The metaphor of sea phosphorescence and the historical valences of the harmonium’s popularity among islanders are particularly apt given Mind Over Mirrors’ origins on a remote island on the Salish Sea of Washington State while still involved with his former group, the legendary Peeesseye (also featuring Chris Forsyth and Fritz Welch.) And it is island music, though not of the same generic dimensions usually attributed, bearing a resemblance—spiritual, if not sonic—to another island music, the ring shouts of Gullah and Geechee communities off the coast of Georgia and South Carolina. A similarly easy confluence of praise and play is evident in these six deliciously unfolding pieces, which produce oceanic associations as well as catalyzing oneiric reveries. Their ebbs and flows recall, alternately, the pulse and throb of an aching bruise, the somatic patterns of breathing or swimming, or, once again, the ephemeral illuminations and deliquescence of bioluminescent phytoplankton. I strongly suggest a swim herein.