← more from
Immune Recordings
Get fresh music recommendations delivered to your inbox every Friday. 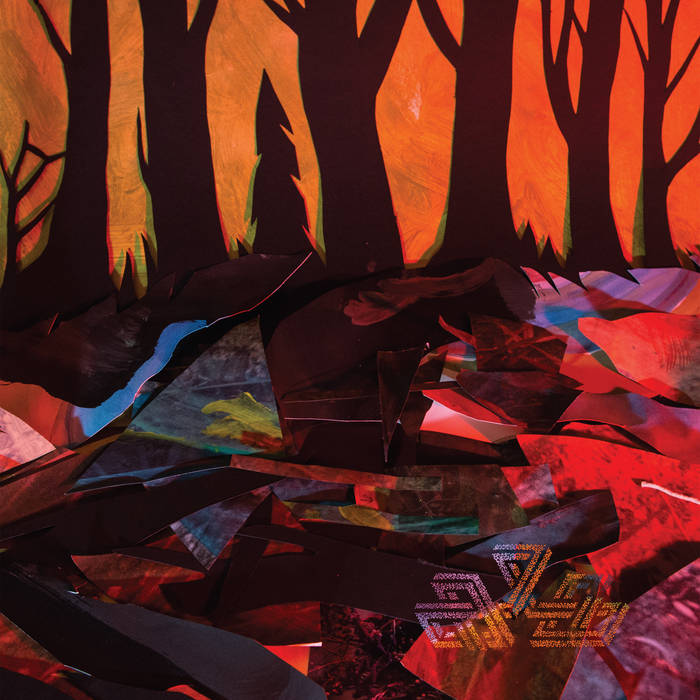 Revolt of the Apes

The Voice Calling is the new album from Mind Over Mirrors, the Chicago-based solitary reeling of Jaime Fennelly with guest vocalist Haley Fohr (of Circuit des Yeux). Using the Indian pedal harmonium, synthesizers, tape delays, and voice, Fennelly and Fohr create dynamic and strangely accessible music that feels at once devotional and measureless. Mind Over Mirrors has been praised by Pitchfork’s The Out Door as one of the most innovative duos in exploratory music and has recently shared stages with Steve Gunn, Daniel Bachman, and more. Fennelly has also studied under the guidance of electronic music luminaries Maryanne Amacher, David Behrman, Richard Teitelbaum, and Pauline Oliveros.

“What makes Fennelly’s work rise above homage is his use of Indian pedal harmonium, which cuts through his web of tape delays and synths and gives it a singular timbre.” – Pitchfork

“The Voice Calling finds Fennelly and Fohr conflating their melancholic visions into a single cloud of pulsing tones and words.” – Tiny Mix Tapes

Mind Over Mirrors, the evolving project of Jaime Fennelly and more recently, Haley Fohr of Circuit des Yeux, deploys modest acoustic constituent materials—an Indian pedal harmonium and the human voice—to produce rolling, meditative music that both simulates the swells and troughs of synthesized electronics and conjures the ceaseless rhythms of tidal surges. While we can point out referential sonic compass points—G.I. Gurdjieff’s harmonium improvisations; certain particularly harmonically viscous recordings of Sacred Harp singers; Edward Artemiev’s soundtracks to Tarkovsky films—in its prayerful patience, its simultaneously formal and folk aspects, and its unabashed (if intermittently anxious) beauty, it doesn’t sound much like anything else being made today. There is an easy, and unusual, confluence of praise and play at work in Jaime’s music that catalyzes heady reverie.

The aptly titled The Voice Calling, the newest recording from Mind Over Mirrors, maintains those sonic touchstones and that gentle power, but finds Fennelly’slexicon expanding in striking ways with the welcome but unexpected addition of Haley Fohr. With her incantatory vocals, fellow Chicagoan Fohr, well regarded for her arresting recordings as Circuit des Yeux, supplements the gorgeous, woozy speechlessness of what has always been the sine qua non of Mind Over Mirrors, the project’s foundational timbre and defining feature—Jaime’s Indian pedal harmonium, augmented by oscillators, tape delays, Leslie speakers and synthesizing processors. Channeling Catherine Ribeiro and latter-day Scott Walker’s declamatory, dramatic deliveries, Fohr contributes a new textual dimension with her occasional, elliptical lyrics, edging the music further into corporeality and away from abstraction. The two songs with discernible words, as opposed to vocalizations, “Whose Turn Is Next” and “Calling Your Name” offer a litany of seductively oblique images: “back bread/empty faces/the air, the wind,” a laughing sea, “footprints buried at high noon,” rain bandages, “a final fern,” “the weight of a thousand wings.”

Working together, Fennelly and Fohr have created another masterful and singular Mind Over Mirrors album, as challenging and enveloping as ever, but suddenly achieving a more immediate emotional and psychological register. Mind Over Mirrors’ music has always been humane, but now it is also resolutely human—seeking, speaking.